Mrs Nicole started dancing at the age of 3yrs old where she started off her dancing journey at Southsea School of Dance, working through her RAD & ISTD training in grades.
Nicole was lucky enough to have a wonderful childhood career performing in numerous pantomimes,  Touring with ‘Barneys colourful world’ UK tour, performing at the Disney Chanel Awards at the Royal Albert Hall, performed as one of the leads in London Children’s Ballet ‘Ballet Shoes’ choreographed by Mathew Hart to name a few!
Nicole furthered her training At Tring Park for the Performing Arts receiving a place on the dance course from Year 7. She then went on to further her training at the very prestigious Laine Theatre Arts where she obtained a Level 6 National Diploma in musical theatre and Dance.
Nicole was lucky enough to work on several professional jobs including dancer for the Wimbledon opening ceremony, working with Cheryl Cole in 2014, performing and assistant choreographer for Katya and Neil jones show of ‘Somnium’ in 2019 at Sadler Wells, Opening for the Royal Family Dance crew (after dark) in 2019, which was choreographed by herself and Neil Jones to name a few.
However, her path has  always lead  into the direction of choreographing and teaching the next generation. She has taught at many dance schools throughout the years having 9 years of teaching experience, sharing her passion, knowledge, and high energy to young performers. Nicole feel's very lucky to have had so many of her numbers reach high finals at some of the best dance competitions throughout the years and winning many awards for best choreography, dance world cup winners x2 in 2021, performances at move it for the main stage, and many of her students who have gone on to reach full scholarships at various stage schools across England.
Throughout lock down in 2020 Nicole took on the challenge to open her own dance academy which has always been a dream for her's. She started with only a handful of students and have grown the school in two years to the very high standard of young versatile dancers it is today. She is extremely passionate and  knows and understand the industry and what it takes, like the back of her hand. She is always working outside the box. Adapting, creating, and thinking on her feet, providing the best training and choreography to the students she trains. Nicole pride's herself in nurturing and helping students grow in confidence through teaching them the love of dance and performing. You only have to meet Nicole to know she has an extremely high bubbly energy and always encouraging and motivating her dancers to push themselves to their fullest potential. As a teacher and mentor who absolutely loves dance & performing arts, she always passes on her knowledge and passion to those who attend her classes and always ensure that students leave having pushed themselves whilst also feeling motivated and excited. She wants to provide a high level of teaching and personal coaching to each and every pupil at SUPREME Dance so that they can reach their full potential and more! Knowing what it takes to succeed in this industry Nicole is assured that with her training, experience, and guidance, she can fulfil the needs of her students to follow their dreams! Lucy ARAD QUALIFIED TEACHER trained at Ballet West in Scotland completing her BA (Hons) Professional Dance Degree with a 1st. She has extensive experience in dance in national and international competitions including ‘BBC Young Dancer’ 2018 - Finalist, ‘Genee International Ballet Competition’ - Hong Kong 2018 Finalist, ‘Scottish Youth Grand Prix’ 2019, RAD Ruth French Award and Best Achievement Graduate Award - Ballet West 2019. As well as competitions, Lucy has many performing credits to her name including; Principal Guest Artist as the Sugar Plum Fairy in ‘The Nutcracker’, ‘Swan Lake’ and ‘Giselle’ in Galway, Ireland.
Lucy now wishes to pass on her knowledge, experience and passion for dance to all students from beginners to aspiring dancers, making the dancing environment inspiring and friendly whilst maintaining discipline for this demanding art. 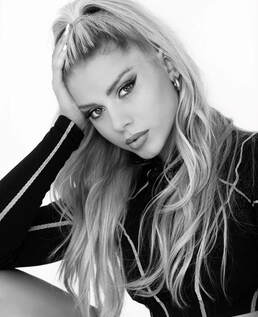 ​Alana started dancing from the age of 3 years old training In many styles such a ballet, jazz, disco freestyle, tap, modern, and street dance, and at the age of 16 started her professional training at Wilkes Academy. She loved every second of her training and was lucky enough to book her first professional job at 19, Thriller Live uk and international tour! Since graduating college in 2021 her recent jobs have been performing at the MTV EMA awards in Budapest and also in Düsseldorf, dancing for Ava Max, Imagine Dragons, Bebe rexha. Dancing in music videos for WizKid, Ardee, and many more amazing artists! Her favourite job so far was dancing in the new ‘Barbie’ film and she hopes to continue working consistently. Alana has been teaching for 3 years. She first starting teaching commercial and jazz at the Wilkes Under 16 program every weekend and absolutely loved it. Since then she has been teaching regular commercial, jazz, and contemporary classes at various dance schools. She absolutely loves teaching the students at supreme as they are extremely hard working and super talented! Alana is very versatile, passionate and dedicated towards her dancing and hopes to inspire all the students and pass down all her knowledge! Maisy is one of our passionate dance teachers who has  been dancing since the age of 5 years, starting off with learning Ballet. Once Maisy reached Junior school she started learning and performing street dance with a local dance school in Hemel Hempstead.  She was invited after her first term to join junior ballet and street dance which then led to auditioning for the competition class. Maisy took part in competitions like The British Red Cross competitions, which raised money for charity alongside this. During the same time, she started taking classes at Studio 68, being taught by members of Flawless, learning all different styles within Urban dance from popping, locking, break dancing and many more. A few years later, she studied dance as a GCSE at Longdean Secondary school, where she achieved a grade 9 (A*) at the end of the year.
Once Maisy finished school, she moved on to West Herts College where she  studied Level 3 Dance. During this time Maisy choreographed dances for shows, performed solos and group dances in different styles, learnt the history of dance, and produced many written projects about the industry. Maisy completed her course, achieving Distinction, Merit, Merit, and now teaches full time just as she always wanted to,  She has had professional experience working as a performer dancing in a current music video. Maisy is super excited to
share all her knowledge and experiences to the next generation and train and inspire the dancers of SUPREME Dance!

​Miss Ame started her training in ballet, tap, acrobatics and jazz at the age of five back in her small home town of Middlesbrough- and has not stopped since! Throughout her training she has been able to attain awards both on and off the stage- Achieving the runner up spot at the prestigious Miss Dance of Great Britain, securing a finalist spot in the same year for another piece that she choreographed whilst competing herself. Before moving to London, Ame had the pleasure of working across the country with some of the most exciting house artists in the industry; including MK, Gok Wan, Sister Sledge and Melvo Baptiste. Along with performances at live events for Glitterbox Ibiza, Defected records and Victoria Warehouse. She currently dances at The Windmill Theatre on London’s West End, continuing to teach, choreograph and nurture the creative spirit of the students she is blessed to teach! Ame is so very excited to join the SUPREME Dance team and share her signature rule bending style with each and every student!


​Cameron graduated from the “Guildford school of Acting” achieving a First Class Honours Degree in Musical Theatre. Most recently Cameron was cast as 1st cover George Mcfly and fight captain in the world premier of “Back to the Future the Musical” at the Manchester Opera House. He also performed this year with the cast of Back to the Future for BBC Sports Relief. Cameron’s other professional credits include “Belgravia ITV Drama” as a dancer and guest entertainer on P&O, NCL, and Celebrity cruise lines with “The Other Guys” performing songs dedicated to the legends of music. Cameron learnt his acrobatic skills with the “Ground Breakers crew in Watford” and continued to progress his skills both at “GSA” and “Woking Gymnastics club”
Cameron has made his west end debut this year (2021) performing in the West End musical 'Back To The Fututre'
He is very excited to be part of the SUPREME Dance team and cannot wait to pass on his knowledge and Acro skills to our pupils. 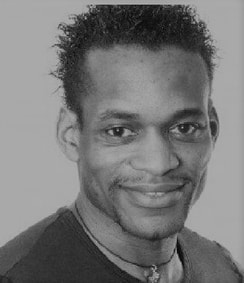 Dennis was born in High Wycombe, Bucks and currently teaches at St. Edwards
School and Bucks New University as well as Tring Park Associates.
Dennis has appeared on television in Buddy (BBC), Press Gang (Channel 4), Sam
Saturday (Thames), Casualty (BBC), Spatz (Thames), Rumble (ITV) and Children in Need (BBC). He ventured into a couple of UK films such as A Kind of Hush and Baby Mother (Film 4) a non -UK film A Kid in King Arthur's Court, Resuscita on-an educa onal video for The Heart Founda on, a short Film for The Samuel Johnson Awards (BBC 4) and Sleep is the cousin of Death (Bournemouth University).


On stage Dennis has appeared in the Rivals and The Oedipus Plays for Sir Peter Hall (Royal Na onal Theatre). Since then theatre credits include Horse in Full Monty (UK Tour), The Big Life (West End), Daddy Cool (West End), Fame (West End), The Real Monty (UK Tour) and Dirty Dancing (West End) playing the roles of Tito and Detodo on many occasions.

Dennis is one of the first 2 ISTD qualified Hip Hop and Street Dance teachers in the UK. Also a qualified Acro teacher with Acrobatic Arts.